On the fifth anniversary of the day then Republican Governor Charlie Crist hugged newly elected Democratic President Barack Obama Crist autographs his newly published book at Books-a-Million in Fort Myers, Fla. Protestors were holding the signs outside and this one was brought in for a Crist's autograph to be sold at a democratic fundraiser in the near future.

Profile of the former governor Charlie Crist on the campaign trail running for governor in Florida. 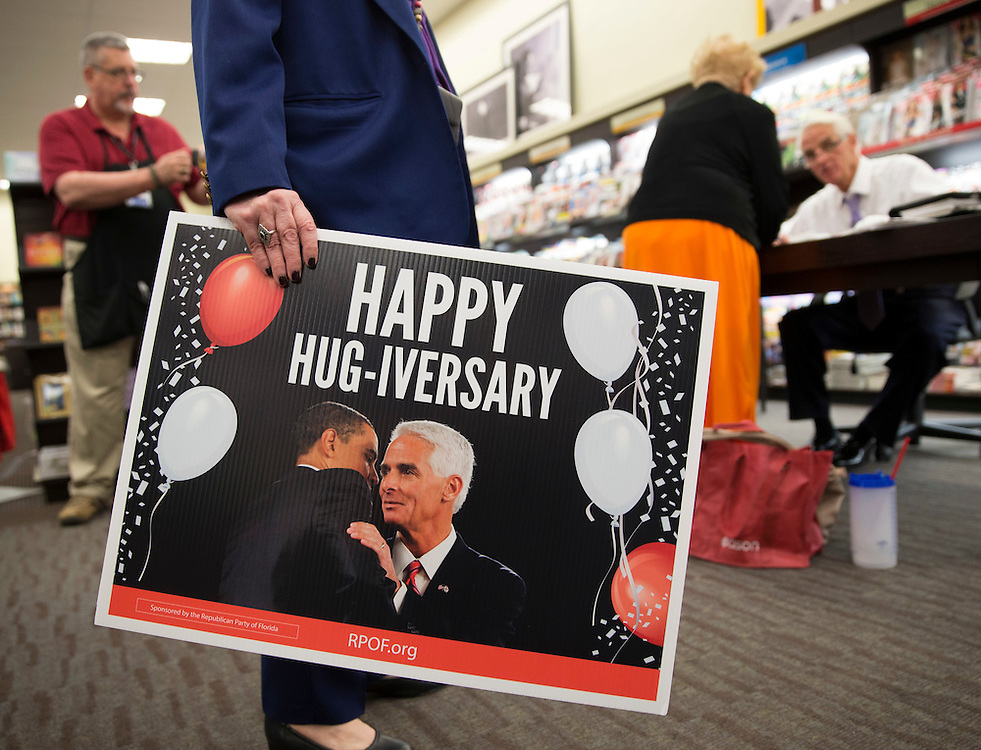